A few summers ago, my family and I packed our bags and hopped the pond. We went to Paris and Versailles, but my priority in London was to see something – anything – Harry Potter.

Because I have a problem.

Anyway, we only had a few days in London. We took the Chunnel from Paris to London, which was a pretty cool journey, and finally arrived at our hotel in Camden Lock. My brother and I liked the neighborhood; it was very eclectic, hipster, and fun. There were miniature “town squares” throughout with seemingly permanent craft fairs set up.

While it may be beautiful and delectable, French cuisine (to the seasoned American)  is not at all filling. I absolutely love the portion sizes, but since I’m relatively athletic, I make a point to find a good amount of protein to eat at each meal. As wonderful as it tasted, my salads and quiche just did not suffice, leaving me to reluctantly (okay, not really) snack on croissants and goat cheese.

Anyway, we pulled a classic “American-in-Europe” and had pizza for our first British meal. No shame. It was pretty good, too…or maybe we were just starving.

God Save The Queen 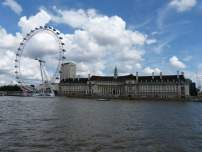 London Bridge is not falling down 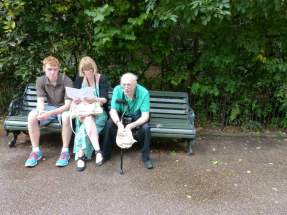 One thought on “In London Town”