I’ve been known to occasionally go on a manic craft binge. I’m not really sure what hits me, but sometimes I just need to make things. 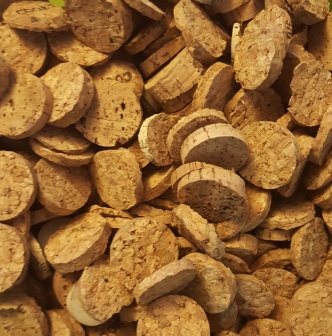 That’s what happened almost the minute I got home from Fort Worth last weekend. I’d suddenly decided that I couldn’t stand the fact that I had over two years worth of wine corks “displayed” around my apartment. They simply had to be crafted.

So, like any good DIY-er, I consulted my handy DIY Pinterest board. I’d tried making coasters out of wine corks a few years ago and kind of failed, but I thought a wine cork cork board would be pretty punny. I also came across this pin, and thank God I did, because cutting wine corks is a serious pain.

Boil the wine corks for 10 minutes and don’t burn yourself taking them out (I used tongs and set them on a towel).

Carefully cut the wine corks as you wish. I considered measuring so they were all the same thickness, but that got annoying fast. Plus, I think the randomness adds a certain “je ne sais quoi” to the project.

Make sure the cardboard is the right size, and get to work! 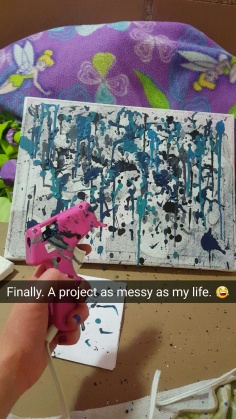 This one is kind of dangerous, so wear gloves or don’t be a klutz like me. I came across this post on Tuesday night and thought it was amazing (plus, I ran out of hot glue). My fingers are still recuperating from the burns…

Basically, grab some crayons, a glue gun, and a canvas. Make sure you put newspaper out or something because it’s messy. In the interest of not being repetitive, check out the link above for tips from the pro (because even though I like my project, my fingers hurt). 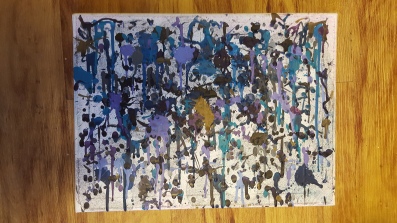 Final note: Since I haven’t fully committed to being done with my crafts, my apartment looks like a war zone. I considered cleaning things up today, but instead decided to write about it. #sorrynotsorry